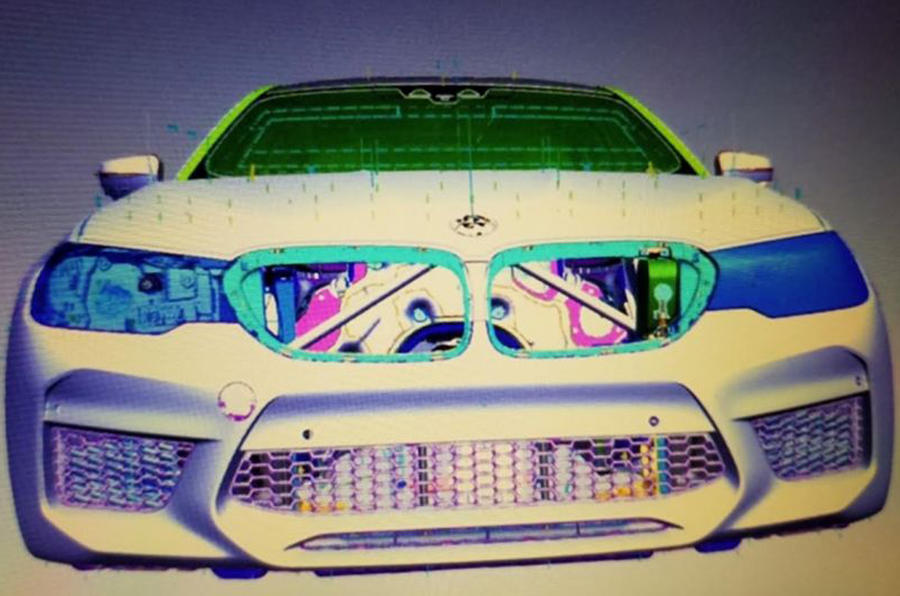 BMW recently revealed the all-new 5-Series. The G30 BMW 5 Series will form the basis for the next M5 and according to these leaked CAD renderings, here’s how it looks like.

The 2018 BMW M5 has been inadvertently revealed through CAD renderings that were leaked by an insider. It reveals the front and rear fascia of the upcoming performance sedan in sufficient detail.

The G30 generation 5 Series has been redesigned from the ground up. The front features headlamp clusters that blend into the twin-kidney grille- as seen on other current BMW models. The M5 gets a revised front bumper with subtle yet aggressive styling. The rear bumper gets an integrated diffuser element flanked by twin exhaust mufflers on either side.

Moreover, the next-generation BMW M5 will use the same 4.4-liter TwinPower Turbo V8 engine with improved performance, fuel economy and reduced emissions. The V8 is expected to pump out over 600 hp and bucket loads of torque. The engine will be mated to a 7-speed dual-clutch transmission.

The 2018 BMW M5 is expected to be unveiled at the 2017 Geneva Motor Show in March next year. Order books will open a couple of months later.