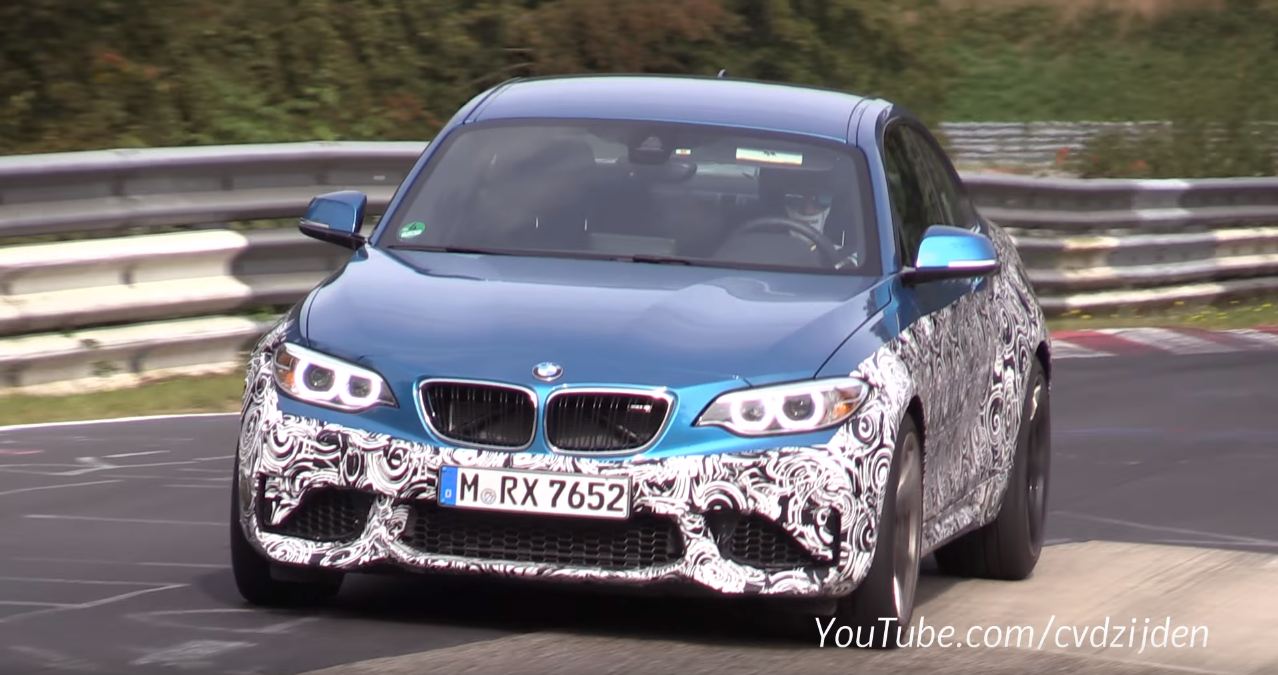 BMW M2 CS / CSL has been spotted again. A prototype was caught testing on the Nurburgring, this time with LCI upgrades. The cladding around the front bumper area suggests that BMW is doesn’t want us to see the revised intakes and splitter area of the new M2 CS.

According to Bimmerpost user Ynguldyn, the upcoming BMW M2 CS will be powered by an S55 engine from the current M3/M4. The 3.0-liter 6-cylinder turbocharged engine however will be de-tuned to 400 hp in order to maintain a performance gap to the more expensive M3/M4.

BMW is putting a sportier version of the BMW M2 through its paces. Dubbed BMW M2 CS -short for “ClubSport” was spotted lapping the Nurburgring Nordschleife.

The 2018 BMW M2 CS is believed to sport a 3.0-liter, in-line, 6-cylinder engine borrowed from the M3 and M4 coupe. It is expected to produce around 400 hp, which, if the rumors are true, sounds like one heck of a recipe.

Furthermore, there are reports of an M4- derived suspension to underpin the M2 CS. Thus, the prototype seen could be hiding a 400 hp turbocharged engine and a more sophisticated suspension. Now, the old 1M Coupe also used parts from other M-Cars of its time. I that’s what BMW is planning to do with the M2, we can be rest assured that history will repeat itself.