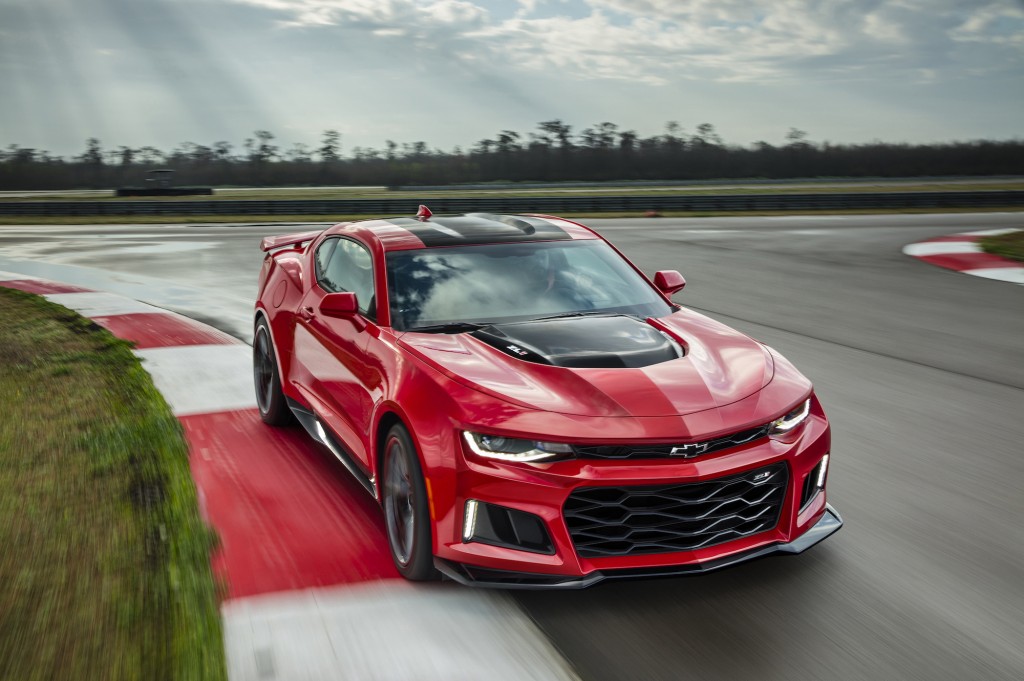 Chevrolet has released a video of the 2017 Camaro ZL1 setting a Nurburgring lap time. The latest muscle car lapped the legendary track quicker than its closest rival- the Mustang GT350R.

The folks at Chevrolet have been camping at Nurburgring since May 2016. The suspension and handling of the new Camaro ZL1 was fine tuned at the race track known for its highly technical corners, elevation changes and long straights. Sadly, one of the early prototypes was crashed while being driven at the limit of grip.

Despite the setback, the team continued to work on the ZL1. Their aim was to beat the Shelby Mustang GT350Rs time of 7 min 32.19 sec. So, in response, the 2017 Chevrolet Camaro ZL1 posted a Nurburging lap time of 7 min 29.60 sec. A full 3 sec quicker than the GT350R and 11.67 sec faster than the previous generation Camaro.

“To be almost 12 seconds quicker than the 5th-Generation ZL1 is a testament to the advanced design and technology of the new ZL1,” said Al Oppenheiser, Camaro chief engineer. “From the improved aerodynamics, mass reduction and 650-horsepower LT4 to the Magnetic Ride Control, electronic limited-slip differential and Custom Launch Control, the ZL1 was designed to take on the world’s most challenging track, making it right at home on any track, road or drag strip anywhere.”