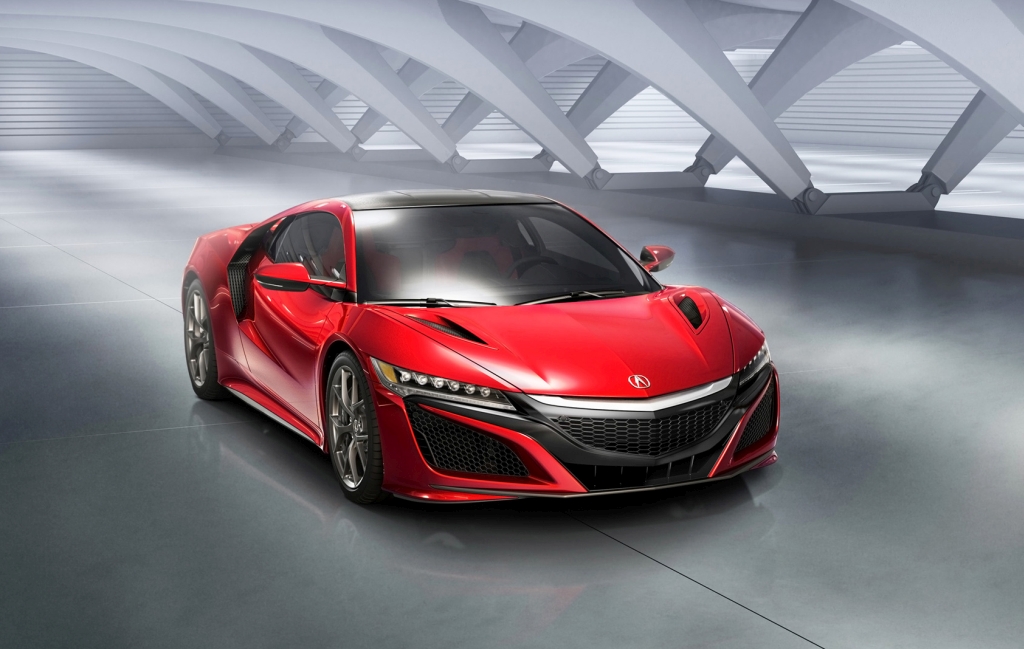 The company has decided to auction off the first Acura NSX with VIN 001. The very first NSX will thus end up at Barrett-Jackson Auction in Scottsdale, Arizona in January 2016. So, if you want to grab a special one, then now you know where to go after Christmas. Also, the money raised will go to Pediatric Brain Tumor Foundation and musician Zac Brown’s Camp Southern Ground charity.

The 2017 Acura NSX is a reincarnation of a very special mid-engine supercar from the 90s. That said, the new model shares nothing more than the name. It is a hybrid supercar with 500 hp and 406 lb-ft from a twin-turbo V6 bolted to a lightweight aluminum chassis. Peak output of 573 hp and 476 lb-ft is possible thanks to hybrid drive.

0-60 mph is over in 3.0 sec and the 9-speed dual-clutch transmission will accelerate the car to a top speed of 191 mph. Unlike the original NSX, the 2017 Acura NSX has all-wheel drive.