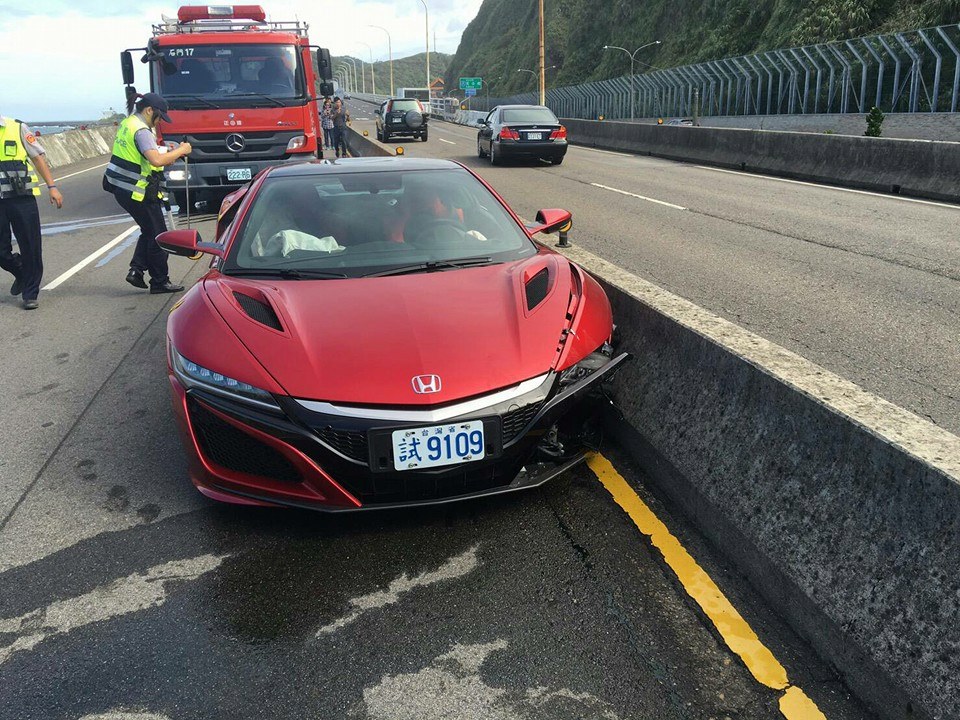 You may not have heard about any 2017 Acura NSX crashes until now. This could be the first reported crash involving the new NSX.

A 2017 Acura NSX chassis no. 0000 crashed in Taiwan on the Wang Kung Temple Provincial Highway. The hybrid supercar hit the median which caused extensive damage to the front of the NSX. Now, it is believed that this was media vehicle and was probably being driven by an auto journalist at the time of the accident. Air bags were deployed up on impact and it looks like no one was hurt.

According to Downshift and 7tune, the Taiwanese auto journalist who was at the wheel of the Acura NSX claimed to have been stung by a bee. The driver went on to make this claim to Taiwan News. We’re not sure if that was the case or if the driver had broken any speed laws.