The Scion FR-S may be dead but its twin- Toyota GT86 lives on. The 2017 Toyota GT86 will debut at the New York Auto Show next week.

Toyota pulled the plug on Scion and with that the sporty, rear-wheel drive FR-S was relegated to the history books. However, you can still buy it albeit with a Toyota or Subaru badge on it. For 2017 Toyota has given the GT86 a much needed facelift.

New headlights and tail lamp clusters now have integrated LEDs. A completely redesigned front bumper features a single, wide air intake while a new diffuser element makes the rear bumper stand out. New 10-spoke alloys add fresh new look to the 2017 Toyota GT 86. Inside, you get a mix of Alcantara and leather which help create a sporty environment to drive. Everything from the seat upholstery and stitching to the steering has been reworked on the MY2017 GT86.

On the engineering side of things, the 2016 Toyota GT86 gets reworked suspension. According to Toyota, different spring rates and new shock absorbers make the car more agile and easier to control. The 2.0-liter boxer-engine has been tweaked for improved performance as well. So, the 4-cylinder engine now makes 205 hp and 156 lb-ft of torque. 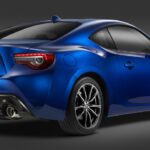 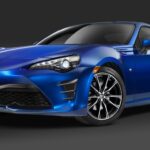 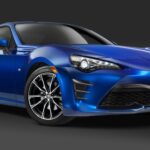