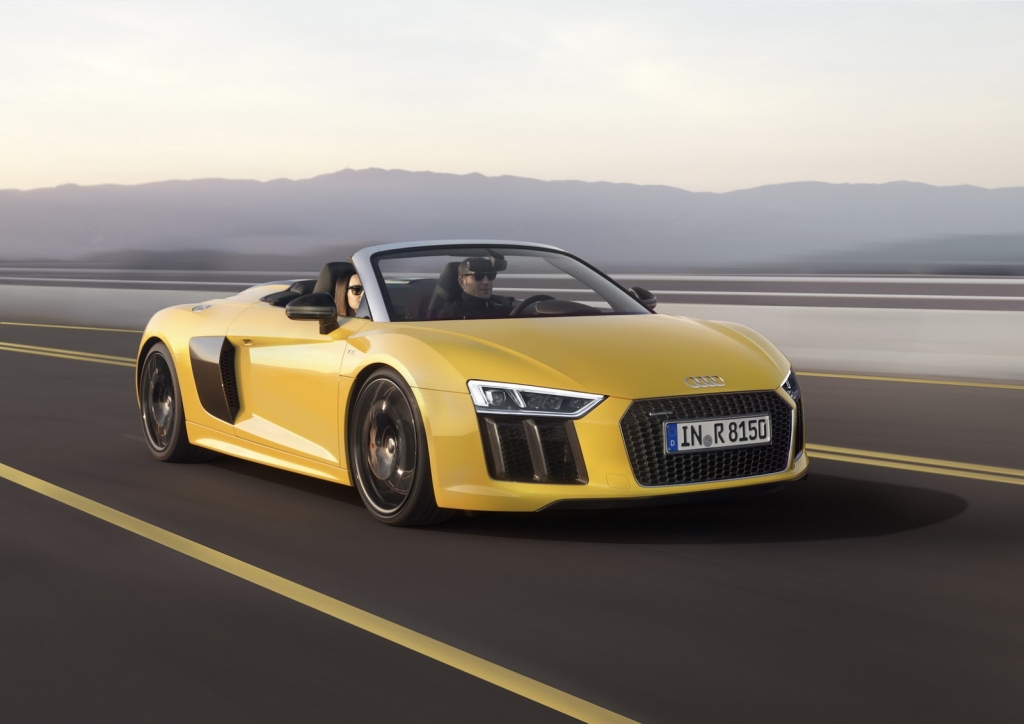 Audi has launched the second generation R8 Spyder at the 2016 New York Auto Show. The new model comes in a lightweight package and is powered by a de-tuned version of the V10 engine available on the coupe.

The 2017 Audi R8 Spyder looks equally breathtaking as its hard top cousin. The lightweight fabric top folds away neatly for the perfect “wind in your hair” experience coupled with a sonorous V10 soundtrack. It takes just 20 sec for the roof to go down and can be operated via a button even at speeds of up to 31 mph.

The convertible supercar is built around Audi’s new lightweight platform which it shares with the Lamborghini Huracan. It is one of the reasons why the new R8 weighs less than its predecessor. That said, unlike the coupe, the R8 Spyder’s V10 engine makes 540 hp and 398 lb-ft of torque. There is no talk about a V10 Plus version yet. So, if you want to have the 610 hp version you will have to purchase a coupe.

Being an open-top supercar, performance does take a hit. The sprint from 0-60 mph takes 3.6 sec while top speed is 197 mph. The 7-speed dual-clutch transmission makes for quick and precise shifts between gears. Also, thanks to the electro-hydraulic multi-plate clutch, the Quattro all-wheel drive system can send 100 percent of the torque wheels whenever necessary.

The interior of the Audi R8 Spyder is well appointed with all the latest gizmos laid out in typical Audi style. Audi MMI can now display content from your smartphone directly on to the screen. This is a new feature that has been added and will be available on the coupe soon.