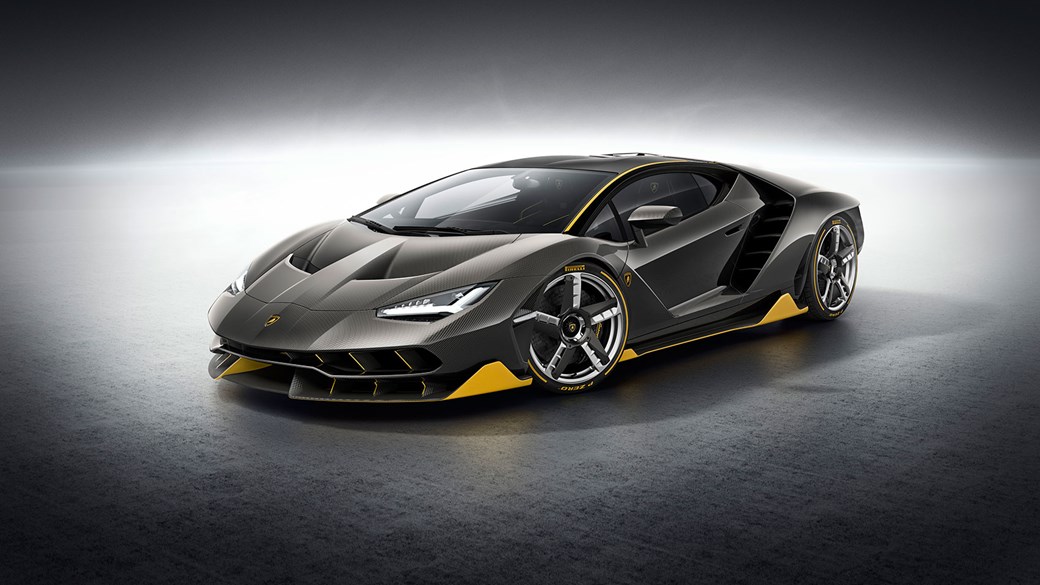 Lamborghini Centenario was unveiled just a while ago at the 2016 Geneva Motor Show. It looks outrageous and is ridiculously fast. Built to celebrate the 100th birthday of Feruccio Lamborghini, it is among a long list of limited edition supercars built by the company.

The Lamborghini Centenario is limited to 40 units equally divided into coupe and roadsters. Powering the beast is a naturally aspirated V12 that revs to 8600 rpm and makes 770 PS in the process. Like the Aventador on which it is based on, the Centenario is all-wheel drive and comes with a rear-axle steering system. Loads of carbon fiber composites have gone into the making of the Centenario and that’s the reason why overall weight is down to 1520 kg.

Thanks to lightweight construction and 770 PS, the Centenario can accelerate from 0-60 mph in 2.8 sec and has top speed of 217 mph. It is the latest limited edition Lamborghini supercar and with a price tag of $1.9 million, it doesn’t come cheap.

Lamborghini Centenario LP770-4 will be revealed at the upcoming Geneva Motor Show. However, if you are itching to know how it looks like, then here is the first leaked image of the Centenario LP770-4 supercar built to celebrate its founder’s centenary.

Scroll down to read more about previously leaked patent drawings.

Ferruccio Lamborghini- the founder of the popular Italian supercar brand that we love would have turned 100 years old if he were alive. To celebrate the centenary of their founding father, Lamborghini will launch a new supercar at the 2016 Geneva Motor Show. It is called the Lamborghini Centenario LP770-4 and is believed to be based on the Aventador. While we still await the official launch, Autoguide was able to scoop up a few patent drawings of what looks like the upcoming Lamborghini supercar.

According to the them, the patent was filed back in October of 2015 and has only now come out in the public. It is clear from the images that the Lamborghini Centenario looks absolutely outrageous with all that extra bodywork. It would be a mix match of parts from the Lamborghini bin with chassis and a V12 engine from the Aventador wrapped in a lot of carbon fiber. So, basically it will be an Aventador with a new body kit. Still, a lot subtle than the mad Veneno.

While there is no official confirmation of the engine that will power the Centenario LP770-4, reports suggest that it will borrow the 6.5-liter V12 from the Aventador. The re-tuned engine should be good for 770 hp allowing the car to reach a top speed of 217 mph. Equipped with an all-wheel drive system we can expect a difference of a tenth of two in the 0-60 mph sprint times as well.

As far as the exterior is concerned, Lamborghini has gone with the classic wedge shape. A fat rear end and a sculpted front with redesigned headlights. There are various elements that remind that point to the Aventador. But, overall it looks alright. Oh and did I mention the Lamborghini Centenario LP770-4 is already sold out?

Let us know what you think of the Centenario LP770-4. Leave your comments below and for more on latest from the 2016 Geneva Motor Show, keep watching this space.